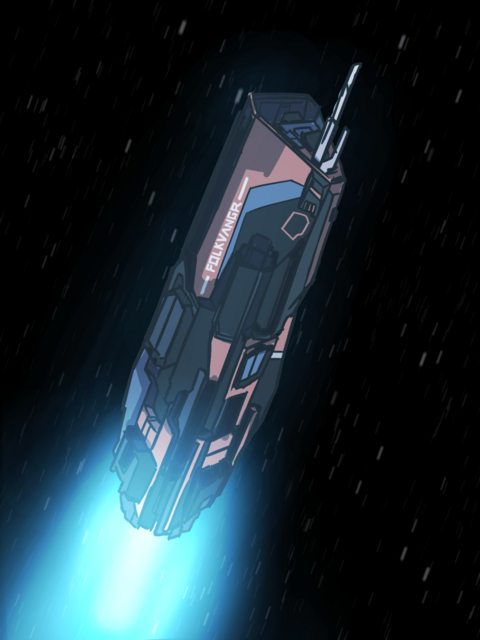 Image Credit: FlightAlpha37 / Restorer37
Owner: Vera Liadane
Affiliation: MCRN/OPA
Role: Disguised as a fast freighter to join OPA (New transponder name, Calico Felicette)
Size: Patrol destroyer
Crew: 5
PDCs: 2
Torpedoes: 2
Rail Guns: No
As MCRN Fólkvangr, this is a light vessel that acts as a boarding craft and lightly armed ship's gig. Presumably, it is not designed for extended independent operation. It has one airlock on the ventral surface. It has 2 PDCs on the shoulders and 2 missile launchers in the bow. 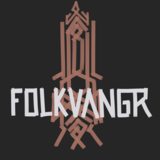 As Calico Felicette, the ship still have all armament and extra shielding to make it look like a rust bucket. Disguise panel can be jettison if necessary. The ship has been retrofitted for extended independent operation. Drive signature has been altered and register as independent ship belong to Vera Liadane. 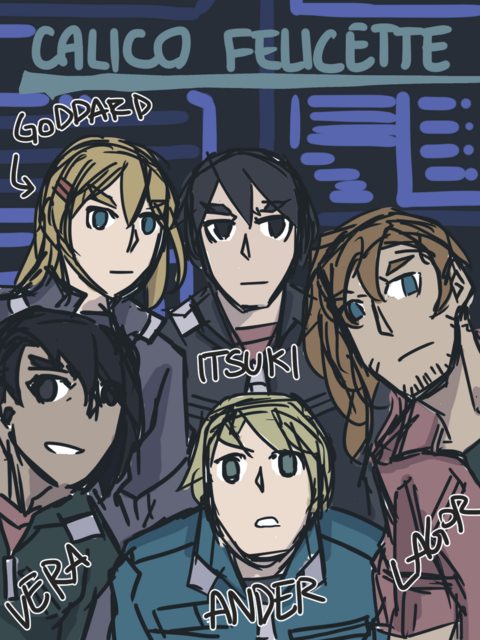 MCRN Fólkvangr and smaller patrol MCRN ship were patrolling near Saturn when they heard about the Donnanger blowing up. They went to the last known place to get info. By then they’d were other pirates near to try and salvage/scavenge what they could. They got into a fight. It was bad and they had no other back up support. The pirates managed to hit boarding pods on the bridge level of the Martian ship. They killed the captain. In the struggle, code red is given by the XO. They fight to retrieve data core but failed. Pirate have ancient tech but more people.

MCRN Fólkvangr crew managed to get away but the ship is heavily damaged. Same with comm. It’s hard to get a tightbeam back to Mars. Their first goal is to do repairs at Tycho and head to Callisto. But then the crazy stuff happens. Phoebe gets blown up. Belters and OPA and the Martian blockade of Ceres. Opa terrorist blew up the peace summit where earth and mars had tried to tall peace. Just trying to get back to a Martian base is hard enough. When the solar system seems on the brink of war.


After they checked in. MCRN have a new mission; to be black ops and pretend to be belters or whatever to spy on the belters they believe maybe had something to do with the Donnanger. MCRN Fólkvangr has been retrofitted, disguise as fast cargo freighter. Calico Felicette can be delivered both people and cargo but rarely accept any passengers.

Calico Felicette joined OPA assault fleet to raid Thoth station for more intel about Eros and Donnager. The ship is moderately damaged. Being shot by a railgun and PDC from stealth ship and station but there is no casualty or any major damage to the ship and its crew. The crew has been attacked by guard and mad scientist but no serious injury. The mission is success as they got a partially copy of data and video feed from the raid.

TBD and waiting for next mission.

This page has been seen 949 times.