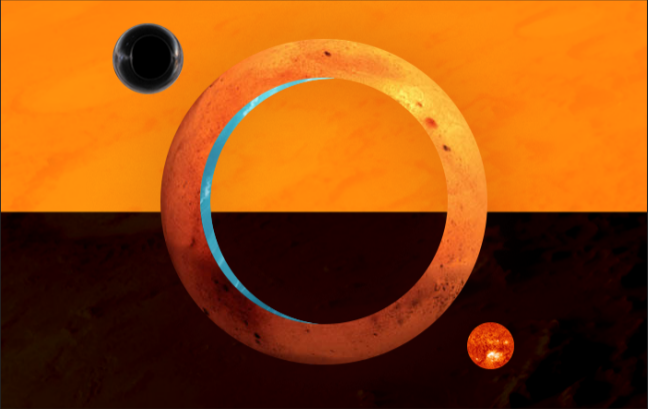 Mars, like many inhabited places in the solar system, began its life as a colony for the people of Terra. It is no coincidence that many in the system hold Mars to be the second superpower, standing as the only contender that can truly go toe to toe with the likes of Earth and its navy. Like Earth, Mars is capable of constructing large fleet, advanced warships, and even more. Mars is one of the only factions capable of producing stealth ships, a fact that even Earth is jealous of.

Mars is controlled by the Martian Congressional Republic, a representative government that allocates resources and pushes the directives of the Martian navy. The MCR, as it is called by many in the galaxy, is headed by Prime Minister who wields supreme executive authority, much like the UN Secratariat.

Though the population of Mars is much lower than that of Earth, the planet still holds quite a few capabilities that are equal to its blue counterpart. Medical aid and general quality of life are high on Mars, though it comes at a cost. Unlike Terra, Mars is far more rugged in its environment. The people of Mars consider Earthers to be weak and soft, having everything handed to them while Mars needs to work for everything.

In the wake of Eros’ Incident, both Earth and Mars agreed to a mutual quarantine to keep the truth under wraps and providing a small fleet of both navies surrounding the Asteroid base. Fabricated news relayed that a virulent virus had spread quickly through Eros, prompting the quarantine, but the truth still remains hidden.

In the throes of this political unrest and mounting growing tensions in the Belt, the head of the OPA, Fred Johnson was assassinated by more radical members of the organization.

Immediately after this coup, the OPA struck a United Nation and MCRN peace conference meant to discuss the spread of Stealth Technology to other entities. The bombing killed hundreds of men and women, taking out Ambassadors, Naval Officers, and heads of Government. Each planet suffered greatly, and the impact rippled to induce special elections in both the UN and back on Mars.

In the wake of this Chaos, Protogen, the company behind both Eros and the new stealth ships attempted an assassination of Undersecretary Chrisjen Avasarala, though this failed she has now all but disappeared. In light of this failure, Protogens internal board of directors pushed out Jules-Pierre Mao who is presumed either dead or missing. They now seek to further progress with the Protomolecule on Ganymede.

With this chaos now running through the Solar System tensions are now higher than ever, with each faction seeing room for them to become the dominant power.