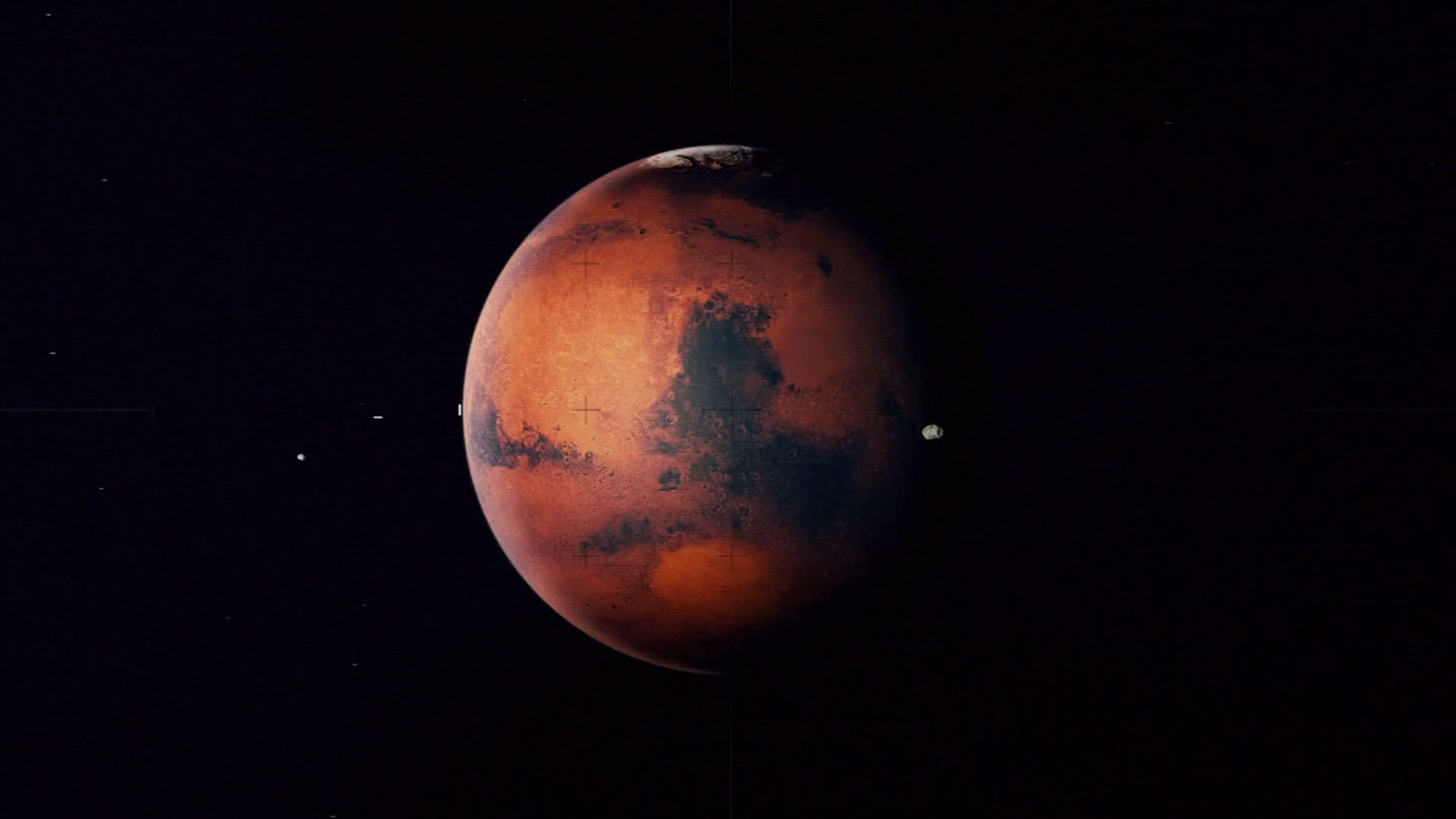 Image:
Name
Mars
Aliase(s)
The Red Planet, Sol IV, Duster Planet
Suns
Moons
2
Atmosphere
0.53 atm
Climate
Infancy
Gravity
0.38 g
Length of Day
24 hours, 39 minutes
Primary Terrain
Dust
Points of Interest
Olympia, Londres Nova, Mariner Valley
Affiliation
Martian Congressional Republic
Flora
None
Fauna
None
Major cities
24
Major Exports
Technology
Population
8,656,587,112
Mars is the fourth planet from the star, Sol. A leader in the field of technology, Mars had every advantage over Earth, had nine billion people supplying its economy, and had a shot at being the dominant superpower, until recently. Mars and its government, the Martian Congressional Republic, has now entered a period of decadence, and its people are not happy with the government's current doings.

Mars, like many inhabited places in the solar system, began its life as a colony for the people of Earth. The United Nations, now a world government, sent many colony ships loaded with Earth's best and brightest to form the first colony on Mars, now known as First Landing. Many more joined to colonize Mars, many of them scientists and leaders in technology.

After some generations, Mars quickly became self-sufficient in many aspects, but Earth refused to give it a voice. Many of its colonists became restless and wanted to secede. Again, Earth and the UN refused to honor that statement. Tensions rose when secessionists publishing their manifesto prompted the UN to send forty warships in a show of dominance. After some time, negotiations between the two eventually cooled down tensions.

The UN then decided to bottleneck Mars' naval superiority by issuing a statement saying all Martian vessels are to be contracted through the Bush Shipyards on Luna and not on Martian shipyards. Mars simply refused to that statement. This prompted the UN to make Mars shut down all of their vessels for inspections, which resulted in a long wait and a boiling anger against Earth. Tensions quickly rose between the two.

When late Martian scientist Solomon Epstein accidentally invented the now common Epstein Drive, Mars had a significant technological advancement over Earth. Their new vessels, equipped with Epstein Drives, were faster and more efficient. Mars had the option to the rest of the Sol System while Earth didn't. In the midst of the heated tensions, the colonial government of Mars decided to offer Earth the technology in exchange of its sovereignty, which was a success. Hadn't it been for Epstein, there would be a long war between the two.

With new sovereignty, the colonial government then wrote its own supreme rule and formed the Martian Congressional Republic, as well as the Martian Armed Forces to serve as its military arm. Mars then entered a period of extraordinary growth and quickly took over the then-decadent United Nations in terms of economic, technological, and military advantage. The only things the UN had was territory and manpower. The Martian people was well on its way to forcing their hand and becoming the dominant superpower as well as completing their long-sought goal: the terraforming of Mars. In centuries since its initial colonisation, great networks of domes and underground cities have been constructed around the planets equator.

That was, until a series of events that led to instability within Mars's usually rock-solid government. First, a terrorist attack during a UN-MCR summit led to the establishment party being destabilized and majorly replaced by its main opposition. Then, a political scandal exposing the government's connections with Protogen and the experiments again destabilized the ruling party, ever dividing the government and resulting in a minority rule.

With the Protomolecule's activation of the ring gates, a good chunk of Martians felt that the Martian Dream wasn't worth pursuing when a frontier of green, lush planets lied beyond the gates. Many rich and governmental individuals and their families went on a mass exodus to colonize these planets. Many average people joined that exodus, resulting in a massive loss of people. As of date, Mars has lost up to 400 million of its people. The terraforming project, the Navy, and the economy suffered immensely as part of the loss of manpower.

With these many events, many people distrusted the government, and Mars quickly destabilized as a nation. Not long after the gates opened, radical elements minority Terraformist Party began an insurgency against the government of Mars, resulting in the Martian Civil War.

Quality of Life
Though the population of Mars is much lower than that of Earth, the planet still holds quite a few capabilities that are equal to its blue counterpart. Medical aid and general quality of life are high on Mars, though it comes at a cost. Unlike Terra, Mars is far more rugged in its environment. The people of Mars consider Earthers to be weak and soft, having everything handed to them while Mars needs to work for everything.


Martian Traits
Most of the people on Mars are incredibly hardy folk, with families often working entire lifetimes in order to meet the planets eventual goal of terraforming and raising the overall quality of life. Martians can at times be incredibly insular and resentful of others, especially the people of Earth. Though living conditions on Mars are more than decent, every being must live inside and grows up in an enclosed environment, a result of Mars’ lack of terraforming.

Martians, though often well trained and incredibly disciplined do suffer from natural weaknesses when in different environments. First and foremost those born on mars often suffer quite a bit from the effects of Earth’s atmosphere, unused to the light of the sun it can be almost disorienting for them to suffer through. Along with this Martians also suffer from the same effects many belters do, unused to full Earth gravity it can often make them feel rather ill. It is this and other things that the Martians must be wary of when traveling the solar system. 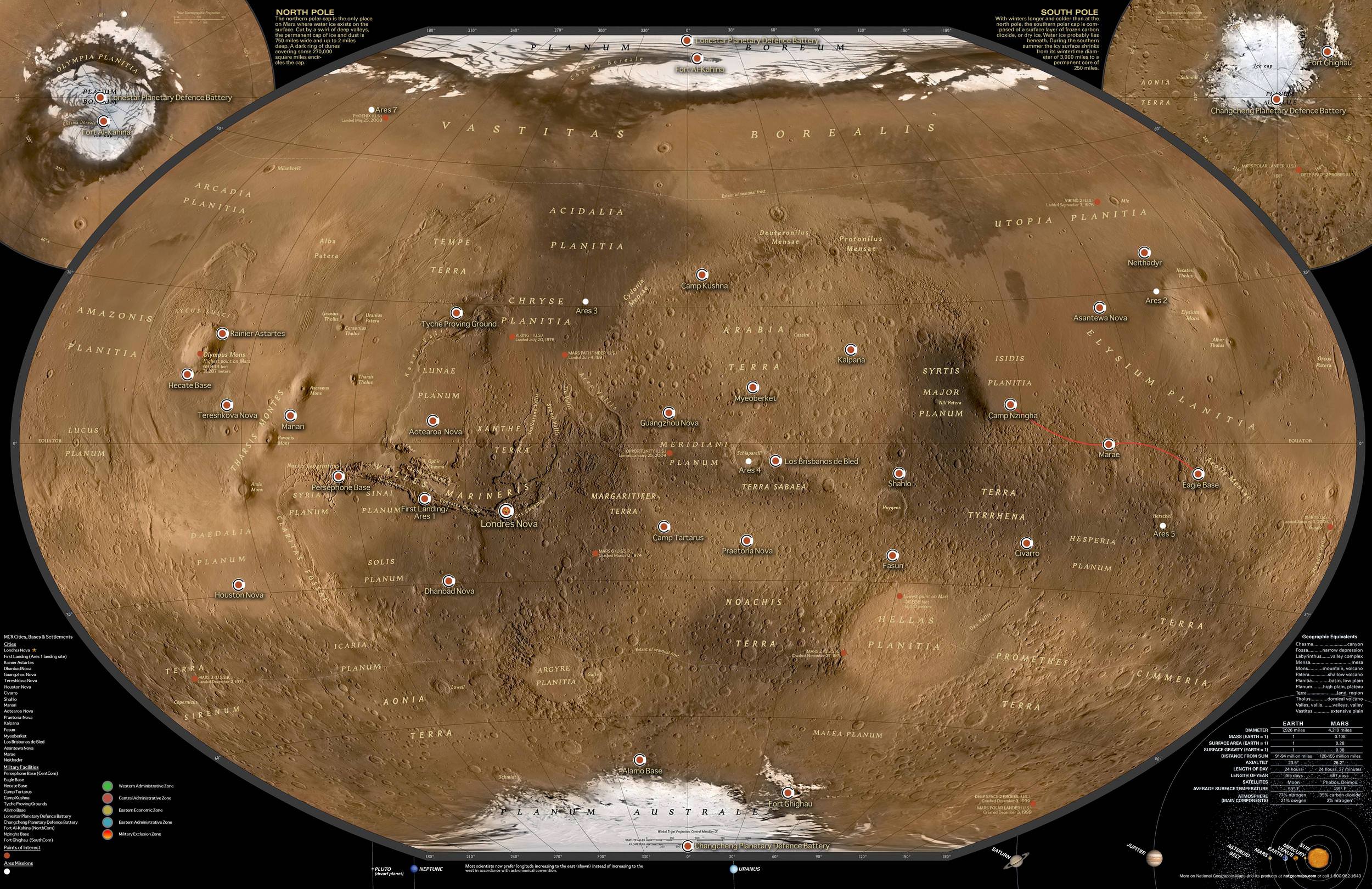 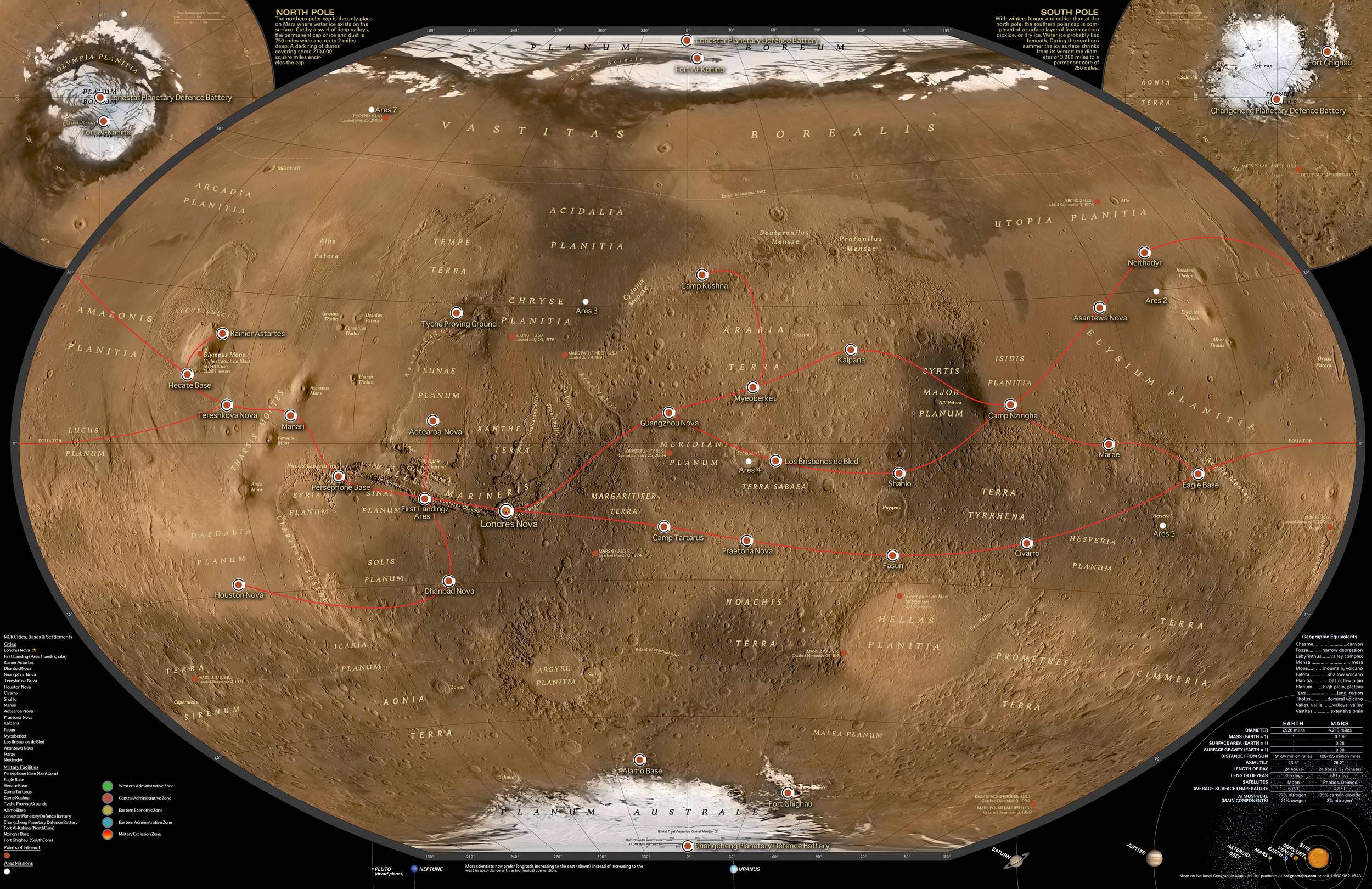 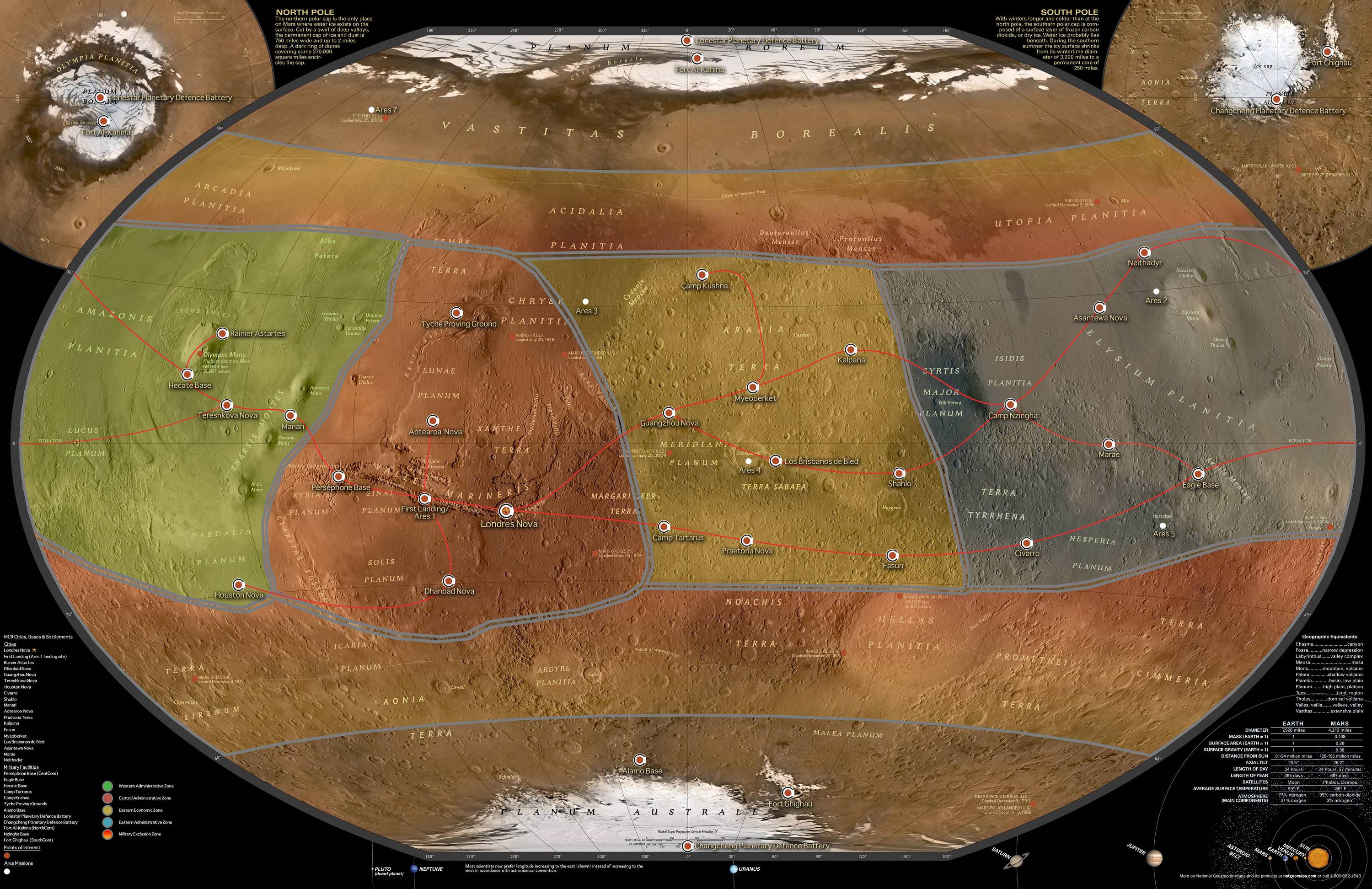