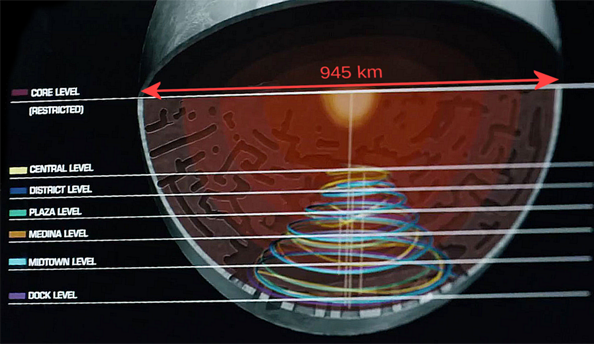 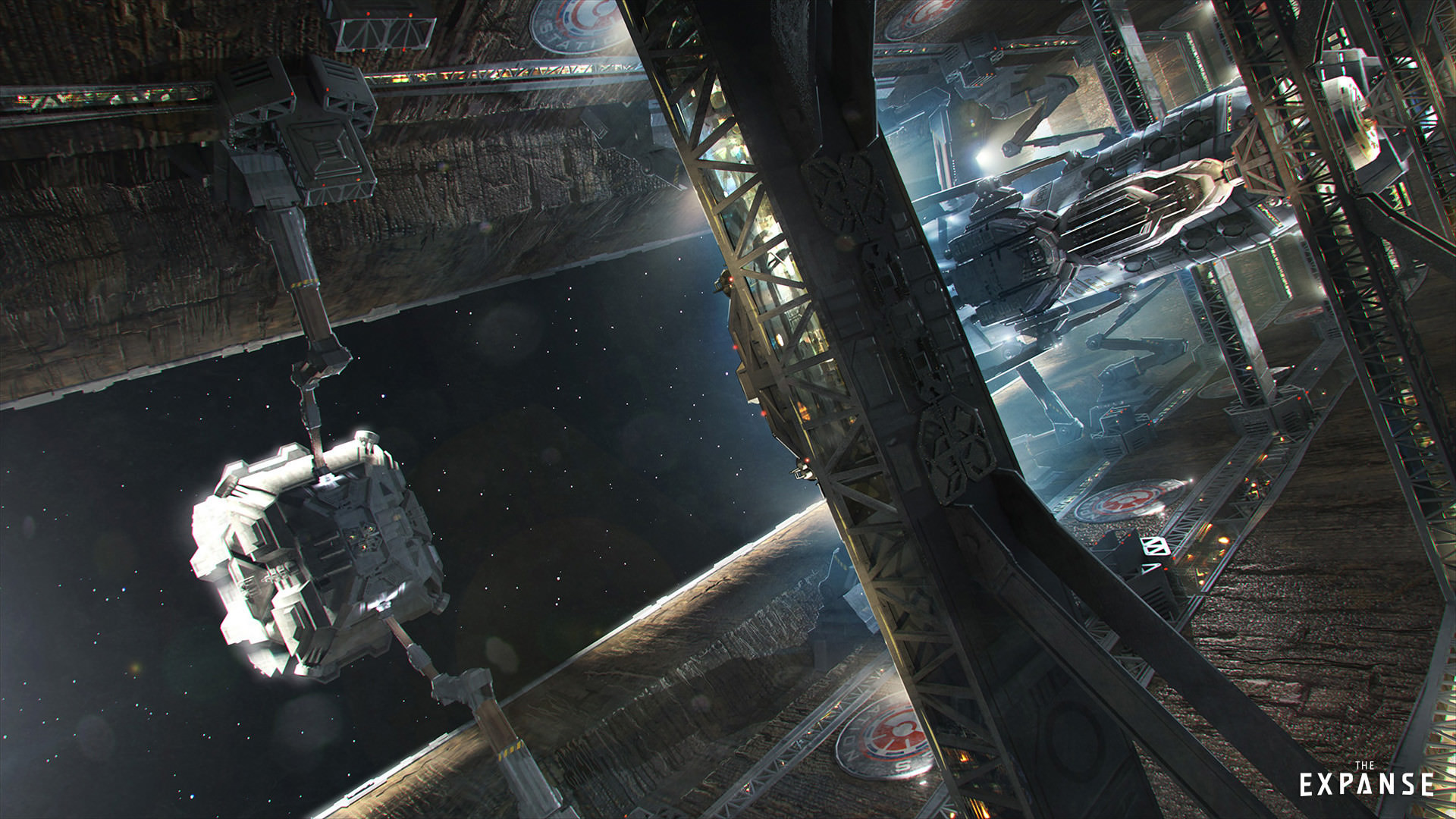 The docks on Ceres. The extending arms grasp ships and hold them until their rotation matches that of the asteroid colony. 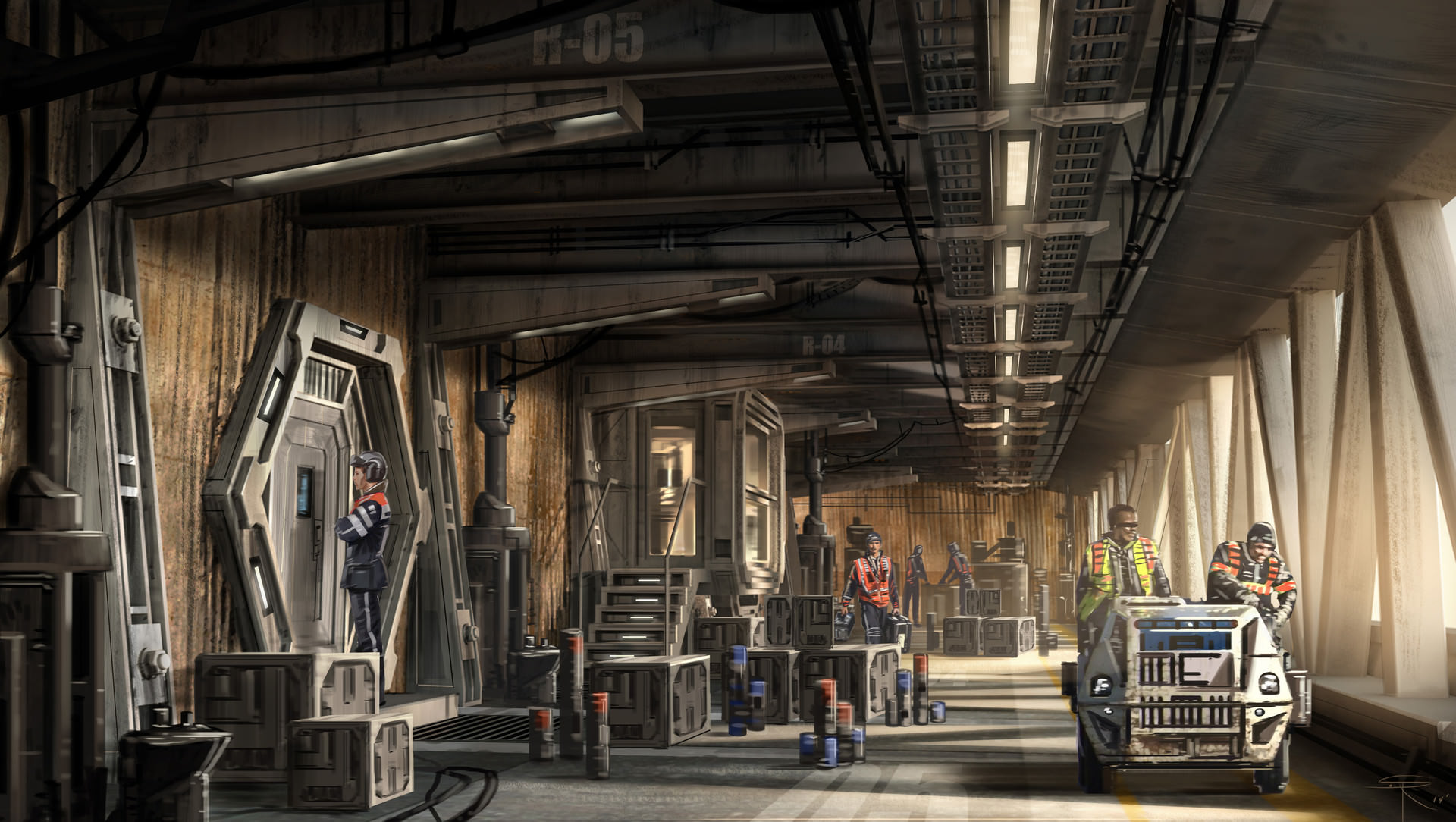 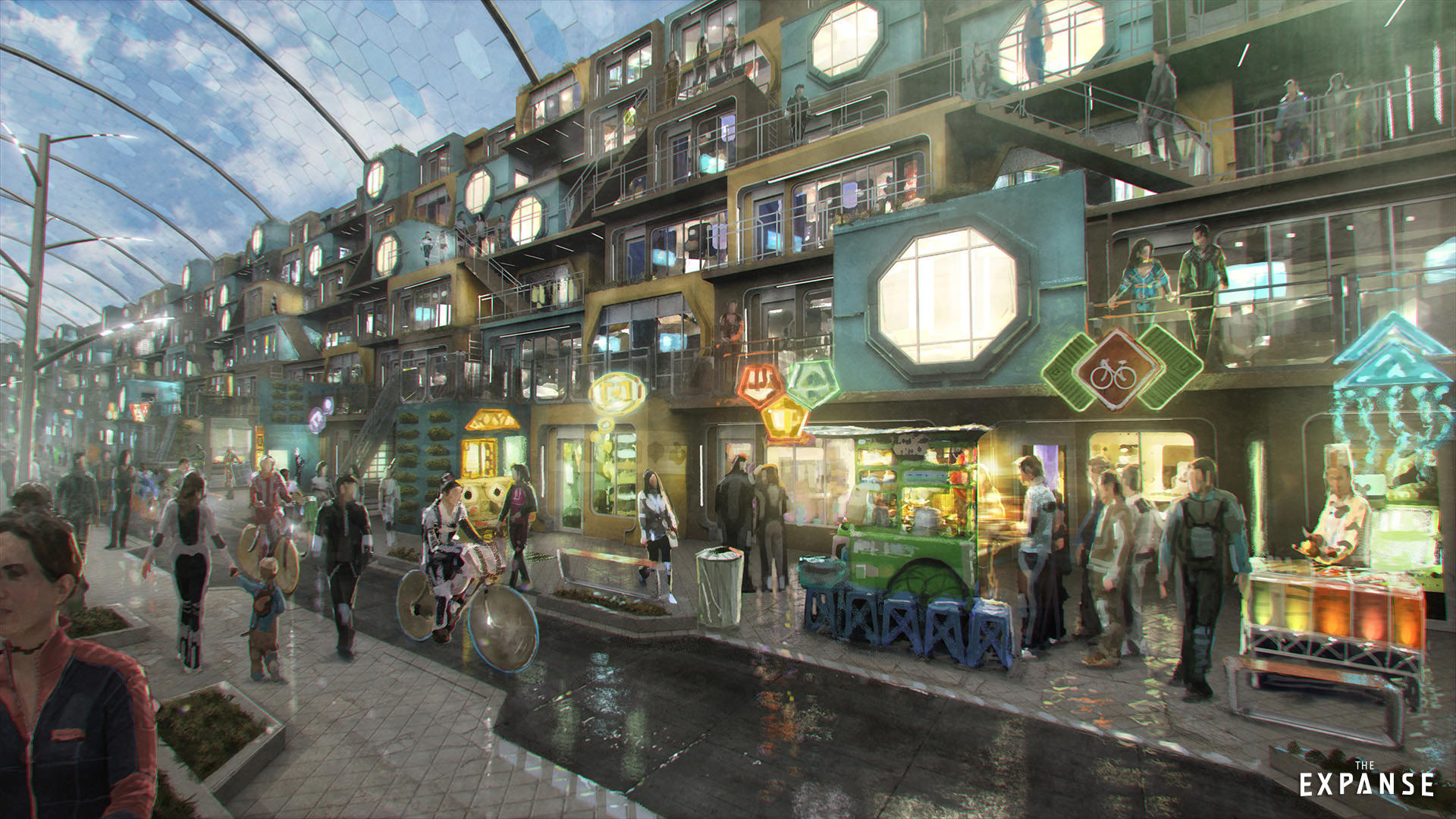 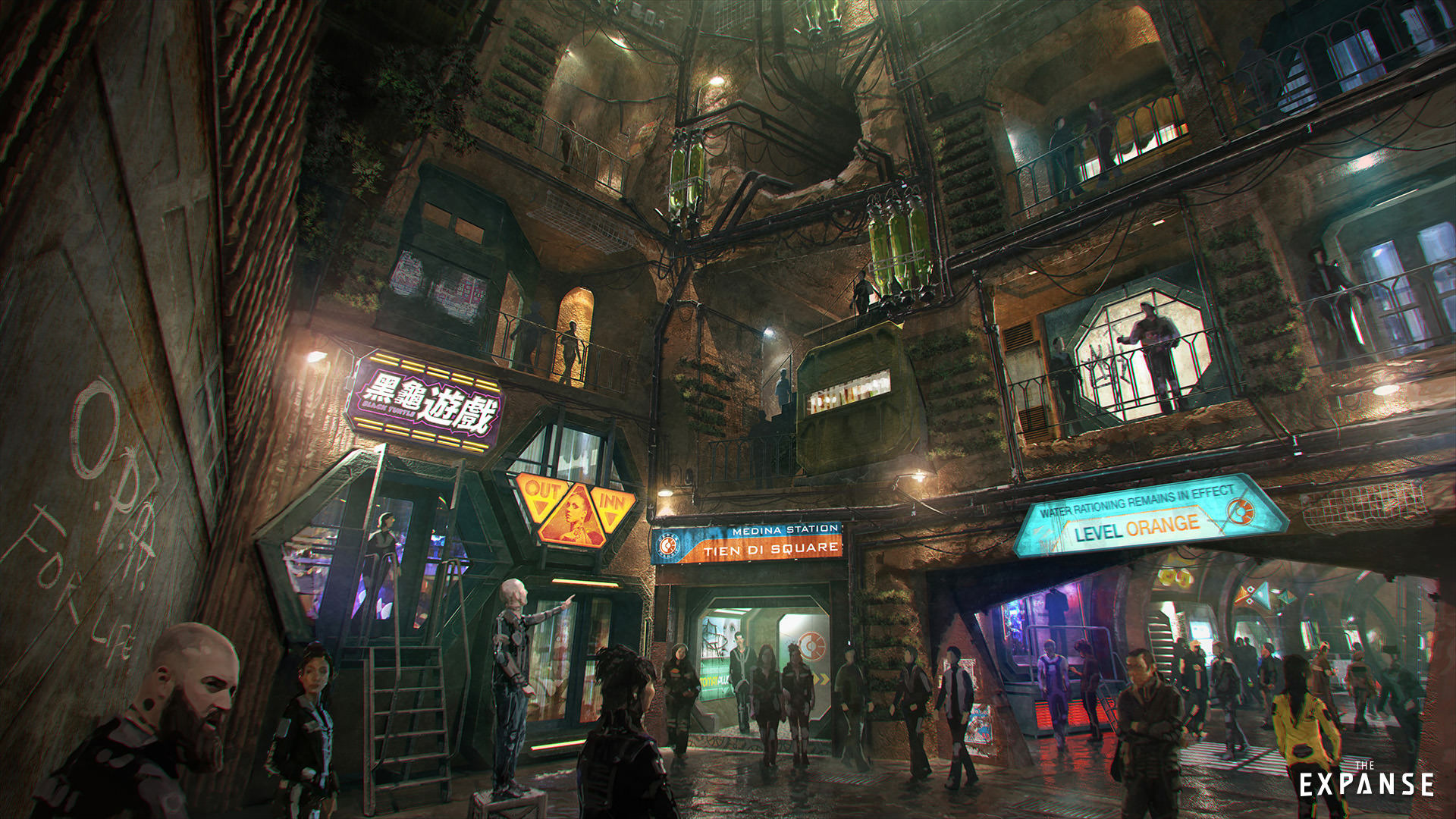 The Medina level has a ramshackle, claustrophobic, neon-drenched atmosphere. It has a large criminal element and it is where the red light district is.

Ceres (designated 1 Ceres) is the largest known asteroid (nine hundred fifty-five kilometers in diameter), the only dwarf planet in the inner solar system, and the first asteroid discovered by humanity. It lies in the asteroid belt.