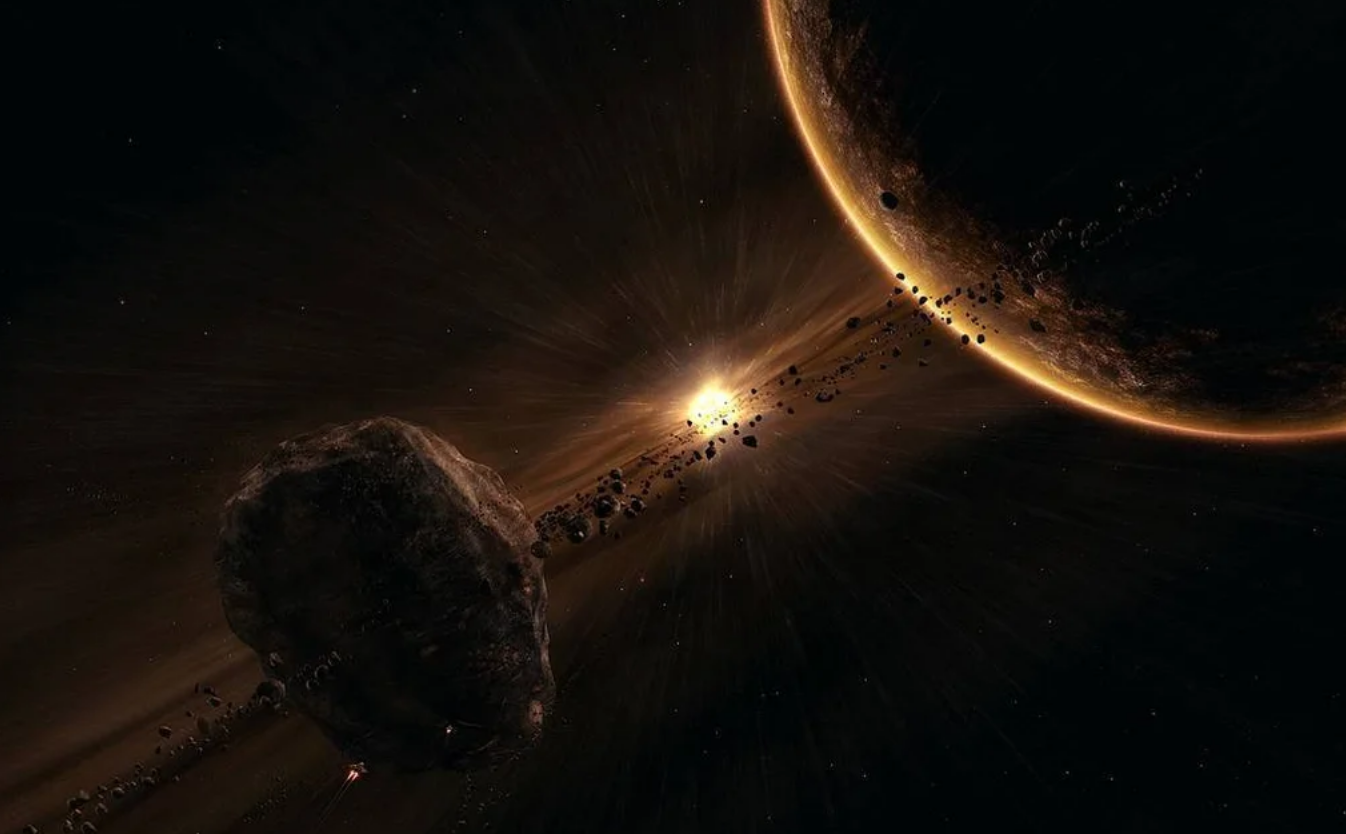 Image:
Name
Balcora
Aliase(s)
Suns
Planets
27
Space Stations
17
Asteroids
12 (Ceres sized)
Other objects
Asteroid Belt
Balcora is a gravitationally-bound system containing 27 major planetary bodies and over a dozen "Dwarf Planets", asteroids similar in size or larger to Ceres in Sol. It has been settled for two years by Martian migrant fleets and Belters.

There are several habitable worlds primarily populated by Martians, and over a dozen large scale asteroid stations populated by belters, with many more scattered throughout the systems asteroid belt.

The Balcora system was discovered six months (0.5 ESE)* after the opening of the gate network. Two and a half years (3 ESE) after discovery, a large fleet of Martian migrant vessels departed Mars controlled space for the new system. Shortly after, several various belter factions also departed Sol system with the goal of settling in Balcora's extensive asteroid belt.

After a period of struggle, the Belters in their stations and the Martians who had settled on two of the more habitable worlds started to work together. The Martians made regular shipments of air, water & food to the stations, the stations and rockhoppers intercepted asteroids headed for the planets and provided the settlements down the wells with raw materials and resources. In just under a year of settling the system, the two people had signed an agreement of co-prosperity and alliance.

*ESE stands for Extra Solar Era, this era begun when the Sol Gate opened and connected the system to the rest of the gate network.


Fenris Station
Fenris Station is a joint Mars/Providentia weapons research facility. It contains several testing grounds and manufacturing facilities for stealth composites and technologies based of studying the Protomolecule.

This page has been seen 117 times.