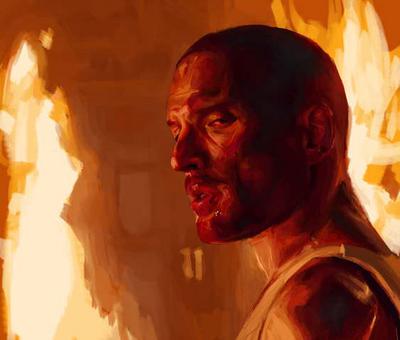 
Benton didn’t experience the luxurious life often told in stories. He was destined to be the one people forgot, kicked down and pushed around and eventually, nothing but a face others couldn’t recall. He was born in a cathouse, shutdown many years ago, run on the lower dregs of the Medina. Fathered by a rich man with no name to a mother who was nothing more than an absentee consort, Benton was conceived on ruffled fabric and faux suede. That was where his journey would begin, learning firsthand about the world from the lens of perpetual exchange.

From early on, Benton spent most of his time in an unused and dusty room of the broken down cathouse. Given nothing from his mother, and everything from those who felt sympathy for him, he quickly came to terms with the notion that everything he needed, he would need to get himself. Taken to early habits of stealing and earning, the line between the two quickly blurred for the young man. 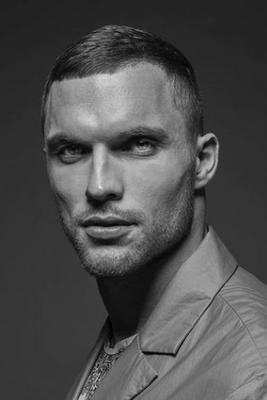 When he wasn’t fending for himself, he was spending his time learning and training. Benton’s father was a pitiful Earther, his mother was a poor excuse for a Belter, and he was larger and smarter than he had any right to be. Taking to learning through newsfeeds and publicly available information, he wasted no time on improving his station - wanting so badly to be better than his upbringing and circumstances, he even adopted the accents of the instructionals, leaving him with an almost sophisticated London accent.

Reaching the age of 15, Bentons size, attitude, and intellect made him a formidable individual. But he was naive, looked too long at the wrong people or spoke to coarsely to those that mattered. Not understanding the politics of life on the Sirish, Benton made enemies in many corners of the asteroid. During this time frame, Benton was nearly killed by a gunshot wound. A man, known largely in the black market as Du Pomang, accepted a contract to kill Benton. And when the time came to deal the final blow, the shadowy figure couldn’t bring himself to do it. Instead, he took Benton on as his disciple, training him and helping to recruit him into the Golden Bough (though work was completed for Dos Arriagas as well).

Spending his time working with Du Pomang, Benton continued his work towards self-improvement - which included ink, intellect, and a training regimen in tandem with Du Pomang. Somewhere along this path, his ambitions and desires mutated his sense of conscience.There was a time when he cared about others but as he dealt blow after blow against those deemed acceptable targets, moving from blade boy to outright enforcer, Benton lost track of his humanity. It was a slow shift, one that was further put on display after he met Adra Jones when he 18.

For the time he was with her, Adra was what Benton would consider the love of his life. He was content with the notions of spending his remaining days with her, but over the course of their relationship, it became clear that children wouldn’t be an option. He wanted to prove the world wrong, that a fatherless child could be a good father. He was sure that could do it, but two miscarriages later and confirmation from the doctor revealed that Adra couldn’t deliver him a son. He began to resent the woman, taking out his frustrations in what officers would later dismiss as common occurrences of domestic abuse. His anger was only matched by his expectations, which rose parallel to his ascent through the Golden Bough ranks - eventually becoming a leader. An event that was catalyzed just two years after meeting Adra.

Benton was asked to seek retribution against Du Pomang, who was actively turning his back on the Bough. The ambitious man accepted, feeling no allegiance to the assassin who considered him a brother, and proceeded to kill Du Pomang’s daughter. Stringing her up from the hull of the ship, for all to see, Benton fast-tracked his rise in the gangs as a Lieutenant and Leader.

Fifteen years after that killing, five years after Adra broke it off with him over his anger, Benton is now one of the premier shadow entities within the Bough. Serving as assassin and lower boss, he actively works to reconcile his relationship with Adra - by any means necessary.

This page has been seen 342 times.