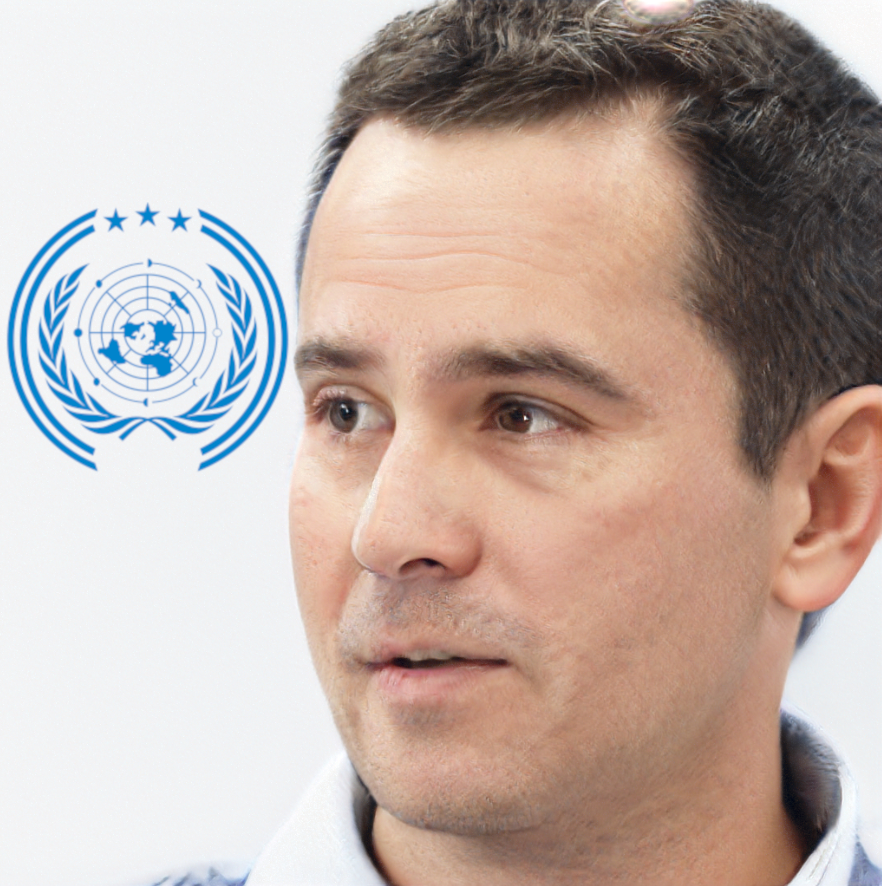 Man of Balance - Emmet strives for balance down to his personal life. It's what makes him a great tactician during his admiral days, very flexible as a politician of the United Nations, and the thing that may be detrimental to him as well.

Ship Enthusiast/Engineer - His time in the navy made him fall in love for the vessels of all. As a result, he is very eccentric about any vessel that flies and will strive to save older, serviceable vessels.

Early Maturing - A gene defect caused Emmet's brain to mature very early. While most of his friends matured at 25, he matured at 18.

No Fear for His Own Life - Emmet doesn't care if he dies or not. He knows he's just material in the endless universe. This will cause him to do life-threatening things that others may not even consider.

Paranoid - Though Emmet doesn't care about his own life, he does care about those who put the responsibility on him. This goes hand-in-hand with him being a Man of Balance, and he's very paranoid of the outcome.

Depressive - Emmet tends to be depressive. His extensive knowledge about the environment around him would prove too much for him on his bad days, and he will withdraw from society during those days.

Trained Shot - His enthusiasm for guns and shooting them earned him a versatile grip on all sorts of firearms. He has a good knowledge of the whole spectrum and does not recoil badly when training his shot.

Shattered Confidence, Character Flaw - There is a current unbalance in his outlook, having many recent political missteps and having failed his trial by fire. This has made him politically inert.

Emmet is a quiet, benevolent man. He quietly serves his nation and considers Martians and Belters into his equations. He would go on trips specifically for connecting with the people when he has spare time and usually gets along with others. On very rare occasions, however, he will pour out his anger into the thing that he does, and that phase would last variably, depending on the situation at hand and his mood. He has an affinity for nature and lobbies for preserving Earth's ecosystem whenever he can. He is equally in love with certain material things and would show that dedication in the skills that he honed.

Emmet was born on August 15, 2306, in the small town of Sugarfield. He was introduced to a nature-centered family and home, having a big backyard as a place where he would ponder his views in a quiet setting. As early as 7, Emmet showed considerable maturity in his home and with peers and was described as a great kid to hang around with.

He was considered a child prodigy at the same time and skipped grades so much that he was able to enter high school when most of his peers were in eighth grade. As more and more things mismatched, Emmet began to show his balancing act, achieving an almost equilibrium between his high school peers and his eighth grade peers plus many other factors.

When he graduated at the early age of 16, he went back to his ranch home and stayed there until he was 18, developing and refining his stance on everything that was happening. Also, he studied the governmental system of the United Nations and decided that if he wanted to give back to his community on a larger scale, he was to serve in the navy.

He picked up on a curious affinity for the Earth pre-United Nations at this interlude of his life. All the old things of the past seemed sentimental to him and served as a study for the circumstances that he had little experience with. He would dedicate his weekends on finding and uncovering the culture of the past, what life was like before humanity made the permanent leap to space.

At the age of eighteen, he said his goodbyes to his ranch home, his family and friends, his newly wedded wife, and his time in self-inflicted limbo and entered the navy. Emmet often volunteered for the riskiest jobs and executed them with careful analysis beforehand, which usually resulted in success and served as a jetpack for his rise along the ranks of the UNN. His balancing traits only helped in his rise as he would step up to defuse countless situations before they could get multitudes worse. He entered the admiralty at the age of 35. Young, promising admirals like him were a rarity in the UNN, so he got along with Gwenael Suess, who was already a ship captain when he enlisted and showed the same drive for success as he did.

His time in rising to the admiralty was as short as his time in the admiralty. He was honorably discharged when tensions dipped in 2348. He made do with the time here and transitioned from the navy to the Security Council, gathering a voterbase enough for him to be elected to Deputy Undersecretary. He was seen as a burst of life in the otherwise dated Security Council and gained headlines upon his inauguration.

He was held at gunpoint during a security meeting in 2351 and survived, seeing multiple council members turncoat on the UN and subduing two hostiles. In the few days that followed, Sheldon paid respects for the countrymen that fell under his watch during the Battle of Io. He then debated with his former comrade in the Navy, Oliver Yeager on the future of the UN at the Bush Shipyards. With all that, he also read a few books to branch out his political beliefs, which he would then use for the emergency council meeting amidst protests on Earth.

When all was said and done, and Sheldon looked back at this council meeting, he met an unbalance.

This page has been seen 197 times.