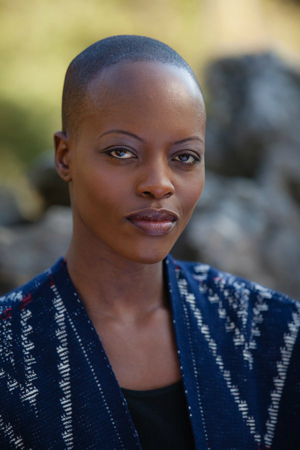 Calm in a Storm
Dolores is entirely unflappable, even in the darkest of moments. In the heat of combat, she barely flinches. In the face of personal tragedy, she does not shed a tear. It can be reassuring, on the bridge of a ship, to see her entirely unflappable, sitting in her position of command. Of course, it does occasionally have its downsides

Gamemaster
Dolores is a masterful strategist, in the bridge or the boardroom. She expertly plays at command and diplomacy both. She plans ahead, but she is also able to assess how the board is changing, and alters her plans accordingly. However, she does tend to get quite caught up in the game, at the expense of other matters.

Single-Minded
While by no means a sociopath, Dolores pursues her goals with a fierce passion, often to the expense of all else, even morality. In the heat of the moment, all she thinks of is the game, of how to advance herself. It has cost her personally on several occasions and often results in her following Naval protocol at the expense of even morality.


Deep Wounds
Yet for all her dedication, as unhesitating as she may be in the moment, the actions she takes in the pursuit of her goals weigh heavy upon her whenever she reflects upon them. She is haunted at night by some of the more brutal actions. A picture of Natalia remains by her bunk, even today, as a constant reminder of the consequences of her game.

Driven, confident, charming, and fiercely intelligent, Dolores makes for a fearsome opponent, whether it is in battle or in a conference room. An innately political woman, she plans out every move she makes, calculating the risks and the benefits, playing the game. These talents allowed her to climb quickly up the ranks of the UN Navy and proved vital in no small number of combat engagements. Her ambition, however, and her occasionally single-minded pursuit of her goals, have upon occasion proven to be a flaw. Dolores’ dedication to her work above all else has left her with relatively few personal friends, and was the crucial factor in the collapse of her marriage.

Born to a pair of high-ranking politicians in the West African Shared Interest Zone, Dolores Muwangwa enjoyed a comfortable, even pampered upbringing. She attended some of the most prestigious (and expensive) schools on the planet, not only excelling academically but also thriving in a number of extra-curricular pursuits. She attended Oxford University, picking up both an honours degree and a number of English mannerisms that remain with her to this day. After University, rather than go straight into politics, Dolores decided to go into a military career, to build connections and make a name for herself. Besides which, she had no intention of becoming nothing but a carbon copy of her parents. Even if she is not above using her family connections to her benefit, Dolores Muwangwa is very much her own woman.

She entered the Navy in 2332, at the age of 21, and quickly distinguished herself in the academy as having a sound mind for tactics, and a cool head in a crisis. More importantly, she got along very well with her superior officers. Both of these factors helped her to get a good posting straight out of the academy, and she spent a year as a Warrant Officer on the UNN Sol Invictus, the flagship of the Interior Patrol Fleet, before being promoted to Third Officer on the Demeter-Class Cruiser UNN Caledonia, then serving as both Second and later Executive Officer on the Munroe-Class Destroyer UNN Nanking. After her exemplary service in each of these postings, she was given her first command, the UNN Giuseppe Garibaldi, another Demeter-Class, and a part of the Home Fleet. After a few years on the Garibaldi, however, both Command and Dolores came to the conclusion that her skills would be put to better use in a more active stationing. Since then, she has been serving aboard the Thomas Cochrane, at the head of a small squadron, containing the Demeter-Class Cruiser UNN Valentina Tereshkova, and two Munroe-Class Destroyers, the UNN Shanghai and the UNN Jakarta.

Dolores’ life is not entirely defined by her career. Only mostly, as she likes to say. In 2336 Dolores was married to Natalia Amrakov, the daughter of some diplomat friends of her Mother’s. She is fond of classical music, philosophy, and painting. She takes as many opportunities for shore leave as is appropriate, returning either to her ancestral home in Abuja, to see her parents, or to her apartment in New York, to do business. Here she attends lunches and galas, catches up with friends, and enjoys the open air, yet even when she is on leave, she remains focused on furthering herself. It was perhaps this single-mindedness that led to the breakup of her marriage in 2348. Her divorce is not a widely known fact, but then, neither was her marriage. Only her parents, Natalia, and a few select close friends were really privy to any of it, but she remains rather upset over the whole affair, not that she’d ever show it.

Recent Events
The Eros Incident: Dolores' ship, the Thomas Cochrane, was amongst the first UN Vessels to respond to the crisis on Eros. She witnessed the destruction of the Martian Marines sent to investigate the planetoid, and she pursued it until ordered to break off by Fleet Command. She received a commendation for her exemplary service and dedication to UN protocols

The Good, the Bad, and the OPA: Dolores was the commanding officer of UN Forces on Ceres during the Evacuation, successfully overseeing the withdrawal of almost all UN-affiliated personnel from the station. However, the situation was complicated when Belter Terrorists seized control of Ceres AWP, and the crew of the NPS Saxon were able to escape from the station. After her successful evacuation of Ceres, and the recapture of Ceres AWP with minimal civilian casualties, Dolores was promoted to the rank of Commodore.

UNN Fleet Modernisation: With the opening of the gates bringing a new stream of income into the UN's needy coffers, Dolores has found herself at the forefront at the United Nations Navy's long overdue modernisation, playing a part in the committee that approved the new line of ships, and being given command of the first Fast-Response Taskforce, a group of modern ships designed to quash problems as they arise. Dolores was promoted to Admiral, and given command of the UNN Battleship Yi Sun-Shin, with command of the UNN Thomas Cochrane being transferred to her former XO, the now Captain Aaron Mendelssohn

This page has been seen 443 times.