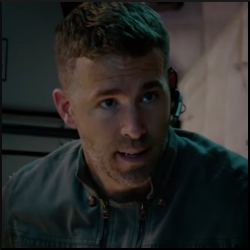 Ace Engineer: At his very heart Ailbe is an engineer and a mechanic. He has an innate knack for fixing shit and designing new shit. Humanity would be better served if he was put in a scientific role. He is the modern day version of MacGyver and Nikola Tesla rolled into a single package.

Jack of All Trades, Master of None: He is not a terrible pilot, fighter, talker, or sharpshooter but neither is he a James Jabara, Georges St-Pierre, Charlie Chaplin, or Chris Kyle. He can do it all himself and get by but he ain't the best and anyone with some real talent is likely to beat him out. He normally doesn't do the actually piloting anyway. If push comes to shove he can pick up a weapon or throw down with his fists.

Musician: Ailbe can play a number of musical instruments. He is excellent bagpiper and guitarist. He is also skilled with a number of other odd instruments including the hurdy gurdy and the hammer dulcimer. He is the first to admit that he is a terrible vocalist but he is proficient in writing instrumental music. His skill with the bagpipes is practiced more often than not at funerals.

Icarus: Icarus ignored his father's instructions not to fly too close to the sun; when the wax in his wings melted he tumbled out of the sky and fell into the sea where he drowned. Ailbe, like most Martians has a problem with bright lights.

Don't Blame Gravity: Einstein once said, "You can't blame gravity for falling in love." Ailbe doesn't blame gravity for the women he has fallen for but he would certainly blame it for how sick he would feel should he visit Earth. Ailbe has never set foot on Earth. Like most members of the MCRN he has trained extensively at 1g. Having served for over a decade he's gotten used to taking juice. Still it makes him sick.

Eidetic Academic: Ailbe has an uncanny ability to recall details from memory after only a few instances of exposure, with a very high rate of precision. His mind is swift, highly adaptable, steel trap, and he able to think outside the box especially when it comes to engineering applications.

Ailbe is a deep thinker. His subordinates often think he is displeased when he is merely thinking about a solution to a problem. Once he decides on a course of action he is difficult to dissuade. He does not act rashly and is known to be very levelheaded. He does tend to internalize the stress of his command and any failure of his crew.

He is charismatic in his own way, displaying some cowboy traits. At times he can come off as a joker, using comedy to lighten a tough or stressful situation. Ailbe enjoys vintage Earth stuff, especially electronics. During the little spare downtime he has one can often find him fiddling with something in the ship's workshop or in engineering.

Ailbe is nothing special. He was born in Aterpol on Mars. His mother, Briana Ó Cuinn-Bynes was a congresswoman for twelve years and his father, Aedan Bynes was a scientist working to further improve Solomon Epstein's drive system. His father was also known to fiddle and try to advance the science behind the Alcubierre Drive (Warp Drive) though like those that had explored the subject before him, his father got no where with it mostly due to material, engineering, and fuel constraints.

Beyond the position of his parents there is really nothing outstanding about his upbringing or earlier childhood. At the age of sixteen his parents moved to Salton and he attended university there. After graduating he took a commission in the Martian Congressional Republic Navy (MCRN) where he worked his way up through the ranks. Eventually he received command of the Caldbolg at the age of thirty four. He has been serving as her commanding officer for two years. He has been in navy for fourteen years now.

This page has been seen 564 times.